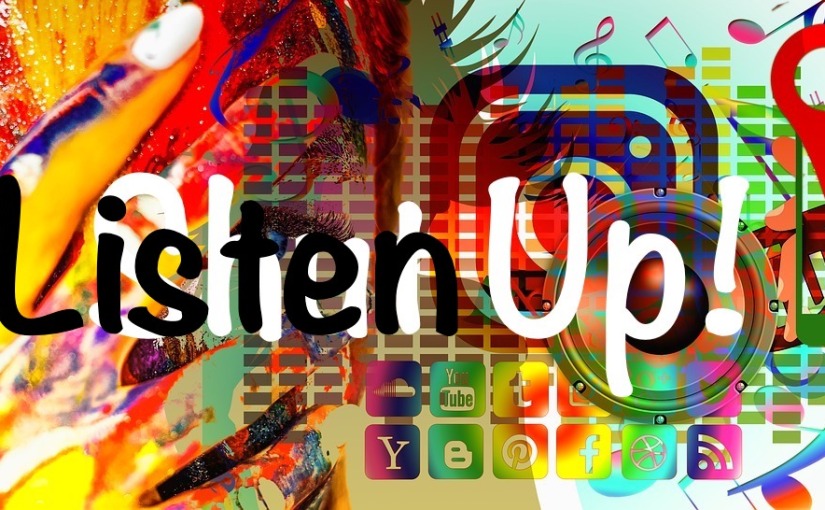 Social media has seen a war of words (and memes) since George Floyd’s death a few weeks ago. The treatment and subsequent death of an unarmed, non threatening Black man inspired the resurgent message that “Black Lives Matter.” As this three-word phrase flooded social media and people began to assemble with signs and solidarity, communicating discontent with the disrespect that Black people are shown across America, there has been push back, both literal and figurative.

The mistreatment and disregard for Black people’s lives prompted the need to share the clear message that their lives are important. Some people who are not Black have read the three-word phrase “Black Lives Matter” and misinterpreted it. No one is saying, “Black Lives Matter MORE.” Rather, the unseen, but implied adverb is “too” or “also.” If they would defend against misinterpretation, why isn’t one of these adverbs included? Why don’t we say, “Black Lives Matter, too*”? (I haven’t seen any writing about this, yet. If you are reading this and have, please share with me.) It is my opinion that too or also would weaken the message. It would imply that Black Lives Matter, because… Or, “Since other lives matter, Black Lives might as well Matter.” In short, it would weaken the message.

There is a lot of writing about the phrase “All Lives Matter,” so I won’t go into that, here. Suffice to say, it attempts to kick the feet out from under the people holding the “Black Lives Matter” signs, figuratively, of course. There are more and more phrases and memes getting attention, though. Just this morning (June 18, 2020), I saw #WhiteStrike trending on Twitter. It feels like the opposition to #BlackLivesMatter is trying to instigate a race war of sorts.

Over the past few weeks I’ve seen many less offensive, but still passive/aggressive messaging. People who post things about cops being shot or mistreated might feel like they are sticking up for a targeted subgroup.

All of this seeks to discredit Black Lives Matter. Whether it be targeted or subversive, any phrase addressing the country’s racial tensions that does not affirm the clear and distinct message that the lives of people with darker skin are valuable, important, and no less meaningful than other persons’ seeks to take the wind out of the Black Lives Matter movement’s sails.

I am not saying that the only thing that people should be saying, writing, or sharing is “Black Lives Matter.” That would be ironic after my last blog suggested that the ultimate evil was “silencing” people. My aim in this blog is to help people recognize the gross insensitivity and perceived racist messaging of purposefully stealing thunder from Black Lives Matter. In other words, while it isn’t wrong to point out that police officers get shot, too, sharing this information in the face of unarmed black men getting gunned down is like telling a recently diagnosed cancer victim that you have a hangnail.

This blog is written for white people who are trying to make sense of an inner conflict. If you are feeling as though stating “Black Lives Matter” means “My life does not,” listen up. That is not the message. Your life is fine. It matters. They all do. However, many people in this country have been acting as though Black lives do not matter. For this reason, it is important to message that specifically Black Lives Matter. If this makes you feel a little uncomfortable, do some reading, do some inner reflection, etc. Get yourself ready and secure. Then make some noise. See “Silence is Not Classy.”

One of the best things you can do to prepare yourself is listen to others. The first and most important step in becoming a good listener, which ought to be the number one role of white people right now, is shutting up.

The very first lesson that I share with my third grade students at the beginning of the school year has to do with being an active listener. The first three things, and I repeat these like a mantra all year long, that an active listener must do is stop moving, make eye contact, and smile.

Personally, I even refrain from commenting on the negative things that have happened during these past few weeks of protesting. The only thing that I will verbalize about beginning fires or vandalism is that “I don’t know.”

…what their background is… And, I refuse to project personal opinions onto people and scenarios that I know nothing about.

… who or what was targeted… I don’t know the goal(s), and I will not assume to interpret from a platform of ignorance.

I want to conclude this blog with an eye-opening text that I read this year from the 20th anniversary of “Why Are All the Black Kids Sitting Together in the Cafeteria?” by Beverly Daniel Tatum (2017). 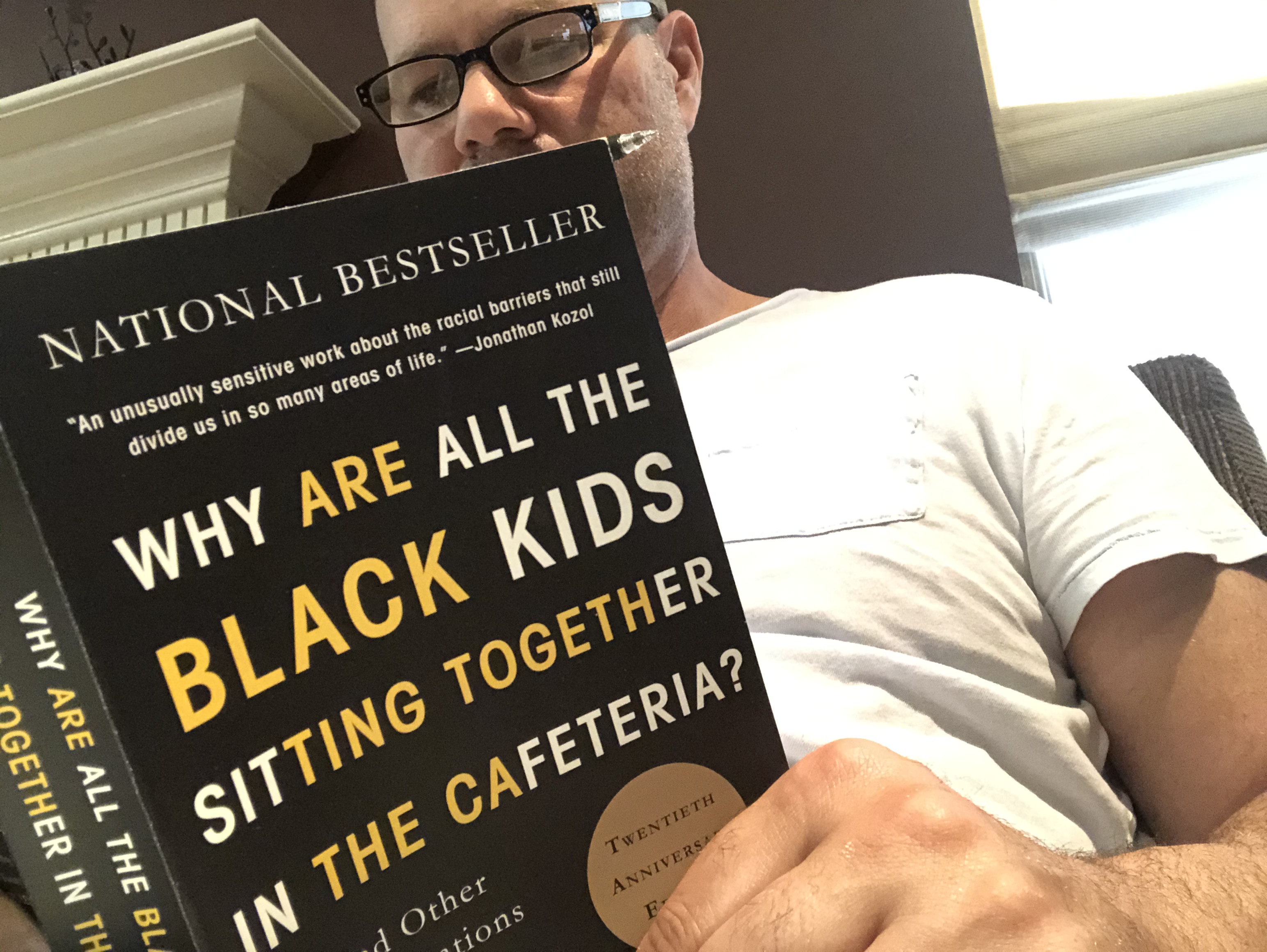 Imagine the young eighth-grade girl who experienced the teacher’s use of “you people” and the dancing stereotype as a racial affront. Upset and struggling with adolescent embarrassment, she bumps into a White friend who can see that something is wrong. She explains. Her White friend responds, in an effort to make her feel better perhaps, and says, “Oh, Mr. Smith is such a nice guy, I’m sure he didn’t mean it like that. Don’t be so sensitive.” Perhaps the White friend is right and Mr. Smith didn’t mean it, but imagine your own response when you are upset, perhaps with a spouse or partner. Your partner asks what’s wrong and you explain why you are offended. In response, your partner brushes off your complaint, attributing it to your being oversensitive. What happens to your emotional thermostat? It escalates. When feelings, rational or irrational, are invalidated, most people disengage. They not only choose to discontinue the conversation but are more likely to turn to someone who will understand their perspective.

In much the same way, the eighth grade girl’s White friend doesn’t get it. She doesn’t see the significance of this racial message, but the girls at the “Black table” do. When she tells her story there, one of them is likely to say, “You know what, Mr. Smith said the same thing to me yesterday!” (p. 142)

When I read this text, everything seemed to fall into place in my mind. I want to be the supportive White friend to my Black brothers and sisters, but I am often afraid of saying the wrong thing. Rather than remaining silent, however, I am choosing to actively listen. What are you going to do?

3 thoughts on “Sometimes it’s Classiest to Just Shut Up: Sequel to Silence is Not Classy”